The importance of the arts to beat back loneliness, reinforce community and support each other was top of mind for everyone gathered Monday afternoon for the Mayor’s Art Lunch and the presentation of the 2022 Toronto Arts Foundation Awards.

As with so many ceremonies and arts get-togethers now that we’re emerging from pandemic lockdowns and mandates, speakers talked about gathering with a sense of wonder, this being the first time in two years the awards could be held in person.

Mayor John Tory mentioned the intimacy of Zoom breakout rooms of the past two virtual ceremonies, which allowed people to talk much more intimately than at the round tables for 10 where we were seated at (a technology that allowed him, Tory admitted, to wear shorts, sweatpants and even, on one occasion, long underwear, with a shirt and tie on top).

He talked about the toll of the pandemic on artists who lost at least 34 per cent of their paid work hours — a number he acknowledged is “probably way worse,” citing challenges of measuring — and spoke about the importance of the arts to “the success, prosperity and future of our city.” He also talked about increasing polarization around the world, and in Toronto, with people “talking at each other and past each other” but not with each other.

He called the arts important in resisting polarization through telling and listening to each other’s stories — not leaving it just to schools to teach us, a reference to the history of residential schools not being taught in the curriculum.

The sentiments around community were echoed by other speakers, including Toronto Arts Foundation CEO Claire Hopkinson and chair Susan Wortzman.

Elizabeth Dowdeswell, Ontario’s lieutenant governor, said she heard from people throughout the pandemic about how the arts “enrich our personal and communal identities.” The arts, “they touch our soul,” she said.

Roman Borys, cellist and founding member of the Gryphon Trio, is from Ukraine; he and violinist Annalee Patipatanakoon and cellist Jamie Parker paid homage to composer Valentin Silvestrov, who is now a refugee in Berlin, by playing his work.

Spoken word artist Dwayne Morgan was awarded the Celebration of Cultural Life Award, which came with $10,000 cash and a week at the Valleyview Artist Retreat. He learned as a younger man, he said, that “the door opportunity knocks on has to be built by yourself.” He noted that he stood on the shoulders of giants and was happy for the next generation of artists to stand on his. And so, a few awards later, poet Shelly Grace called him out for inspiring her when she was younger — another reference to the importance of community in the arts that quickly became a theme throughout the presentations.

Grace, or “Selly Grace,” as she said she called herself when she was little, unable to pronounce her own name, is a spoken word poet and photographer, and now winner of the $10,000 Breakthrough Artist Award. She thanked her adoptive parents who “took me to speech therapy,” allowing her to tell stories. Nathan Cole and Eponine Lee, finalists in the category, each received $2,000, as did finalists in the other categories (find them all at torontoartsfoundation.org).

“The poets are represented today,” host Amanda Parris quipped to applause before everyone headed out into the rainy afternoon.

Anyone can read Conversations, but to contribute, you should be registered Torstar account holder. If you do not yet have a Torstar account, you can create one now (it is free)

Conversations are opinions of our readers and are subject to the Code of Conduct. The Star does not endorse these opinions.

Dr. Matthew Kolinski Discusses the Art of Staffing in the 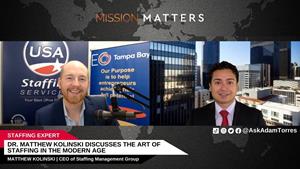