Being a great storyteller isn’t just a way to be the most popular person at cocktail parties. Humans are storytelling animals, and science has shown again and again that not only do stories literally light up our brains when they’re hooked up to an fMRI machine, they also help us retain more information and process it to come to decisions.

One study showed students remembered 50 percent more information when it was embedded in a story than when they were just fed straight facts and figures. Another demonstrated that business school students were much more decisive when case studies included human stories compared with when they were given only the relevant statistics.

Stories captivate us, but they’re also one of most effective ways to smuggle ideas into an audience’s head. Which is why it pays for entrepreneurs and other business people to bother to learn the art of storytelling.

If you don’t view yourself as a natural storyteller, that can sound hard. But according to some of the storytelling professionals of Hollywood there is at least one simple rule that can make anyone an instantly more effective storyteller.

Improve your storytelling with the ‘Rule of 2+2.’

When you’re setting out to tell a story it’s natural to ask: What information do I need to convey to the audience? What do I need to tell them about these people, their environment, and their struggles? It’s of course important to know the basic structure of your story (here’s a dead simple breakdown of the elements of a good story in case you need a refresher), but according to some of the minds behind one of Hollywood’s most successful studios, Pixar, you need to think about not just what to put into your story but also what to leave out.

“The audience actually wants to work for their meal,” Andrew Stanton, who wrote the Toy Story movies and directed Wall-E, explained in a 2012 speech. “We’re born problem solvers. We’re compelled to deduce and to deduct. Because that’s what we do in real life. It’s this well-organized absence of information that draws us in.”

Humans have a natural drive to put bits of information and observations together to form a narrative. We do this when we notice the hunched posture and frequent absences of a  colleague and decide she must be going through something in her personal life. We do this when we stay up all night with a whodunit trying to piece the clues together before the author reveals the killer. And, ideally, we even do it in a compelling sales pitch or personal anecdote.

People like to anticipate the conclusion of a story and try to guess where things are going. Suspense equals engagement. Feeling like you’ve reach a conclusion yourself makes that conclusion more convincing.

This is a truth Stanton claims to have learned from his Finding Nemo co-writer Bob Peterson. “We would call this The Unifying Theory of Two plus Two. Make the audience put things together. Don’t give them 4; give them 2 + 2,” he recalled. “The elements you provide in the order you placed them in is crucial to whether you succeed or fail at engaging the audience.”

To be more persuasive, add a dash of suspense.

Given how beloved Pixar’s films are, this principle clearly works in constructing animated movies, but the Rule of 2+2 isn’t limited to the world of lost clown fish and culinary rats. In business communication, you may eventually have to spell out the moral of the story more explicitly than in a cartoon for kids, but that doesn’t mean you can’t offer your audience a little suspense along the way.

A story of a customer’s struggles could get your audience thinking about just what kind of product would help them out, a product you reveal at the end is one you just happen to sell. Anecdotes about how a sector went from nonexistent to world-spanning might start investors’ minds churning about the possibilities before you reveal the current gargantuan opportunity. Narrating how your parents once almost lost the family business could convey the company’s resilience more effectively than a breakdown of alternate suppliers alone.

Are these examples as wildly fun as talking dogs and animated emotions? No, but they’re far more engaging, memorable, and persuasive than a dry slide deck laying out facts and figures. If you want to really convince someone of something, don’t tell them your conclusion, tell them a story that leads them to draw that conclusion for themselves. That’s the Rule of 2+2 and it will make you instantly more persuasive.

A celebration of young alumni success

Thu May 5 , 2022
Ten accomplished alumni from the past decade were honored April 30 at the 2022 Top 10 Under 10 Top Alumni Awards ceremony in recognition for their professional success, continuous work to better their communities and service as loyal alumni role models. “We are truly grateful to be here tonight to […] 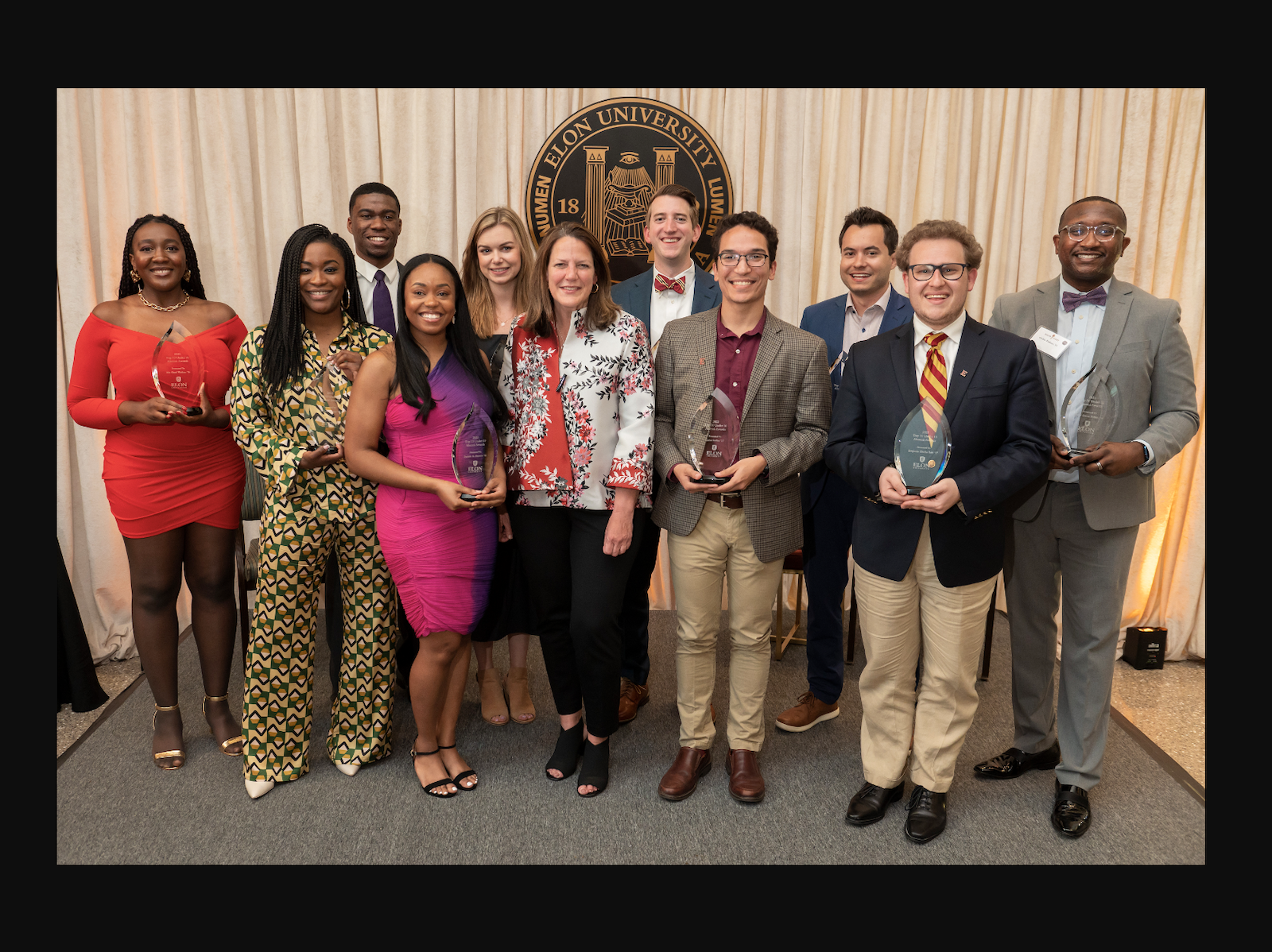