Just as George Banks, Mary Poppins’ bowler-hatted boss sang nearly 60 years ago, bankers demand “precision” when they go to work. Without “order” there’s a danger of “chaos and moral disintegration … and a ghastly mess.” Well sung, given that the world today faces existential “disorder” as media and entertainment bank-ers wind their way to the 75th Cannes Film Festival.

The past 15 years have already thrown outsized curve balls of their own at bankers and second-tier financiers, including the financial crisis of 2008-09, when the Masters of the Universe suffered from a Marvel-scale crisis — leading to a plethora of bank media and entertainment loan books being closed — and giving rise to a host of second tier financing operations. Fast forward to March 2020, even before the COVID-19 pandemic shook the globe, and the lending industry saw a range of key players exit the independent sector. Bank Leumi, First Republic, Pacific Mercantile and Bank Hapoalim all shuttered, following previous casualties such as Royal Bank of Scotland, Standard Chartered and Allied Irish. And when Opus was acquired by Pacific Premier Bancorp in the spring of 2022, the entertainment division was folded.

As COVID started to take its toll in 2020 and into 2021, committed sector lenders, including City National Bank and Banc of California, initially went very quiet on their own account, as COVID production stoppage risk, insurance and bond question marks and a widely disrupted box office market hammered the sector. Pricing and managing risk, the bread and butter of all banking divisions, became a minefield given the overall market meltdown.

“We were on the sidelines until the fourth quarter of 2021,” says David Acosta, who has headed up City National’s TV and film finance group for more than a decade.

“Now we’re taking a few different, more holistic, approaches when we consider project financing, and looking for more contingencies to put aside given the risks. Frankly, it’s not pretty for the independents. What was always a tough market is probably experiencing a 30%-40% capacity market drop right now because the economics don’t make sense.”

For example, Acosta pointed out that insuring COVID and paying for additional PPE costs alone can dump “a further $1 million-$1.2 million of costs on a $10 million film.” And just as all bankers and financiers stressed for this report, COVID-19 is not exactly “over” just yet.

Acosta’s peers concur: “It’s entirely accurate to say that COVID-19 has accelerated trends that were already underway,” says Banc of California’s Adrian Ward. “There remains minimal value in no-name, low-budget indie films that were flooding the market, so we’ve concentrated on the $5 million-plus, mid-sized indie market where we can help. And once protocols and government schemes were established, we got comfortable financing TV and movies without a bond or COVID insurance depending on the experience of the producer and the specific project shoot and circumstances.”

As a result, over the past year BOC has been “tremendously busy. Some [completion] bond [companies] such as Media Guarantors were smart, offering a blended COVID and bond policy, and costs gradually dropped from around 15%-20% to something much more palatable. That said, buyers around the world are working through a backlog of unreleased theatrical content throughout 2022, and some distributors are looking for discounts, which is not so easy.”

The European banking and financing landscape beyond the longstanding and experienced entertainment team at Coutts, which has been busy working closely with all the streamers and in particular Netflix, is uneven. As Intl. Film Partners’ Bernie Stampfer, formerly head of Deutsche Bank’s media division, points out, lenders outside France and Germany are rare and almost nonexistent in film and TV financing on the continent.

“More and more producers talk about French lenders Cofiloisirs and Coficine. They have become very important for co-production and financing across the continent. Commerzbank and DZ [Bank] focus very much on the national market, but also get involved in European co-productions and international projects if they have a German partner.”

And default insurance backed by European institutes and public bodies was a huge help, he says, even though normally capped at €500,000 ($532,000) per project.

A senior debt lender, DZ Bank did not drop any financial balls during the financial crisis of 2008-09, but media and entertainment DZ topper André Druskeit makes the salient point that the market clear-out meant that “we lost a lot of potential syndicate partners in the sector. Unlike in the U.S., where it’s a larger market of debt providers, it became much harder to find specialized partners to share deals with.”

Further down the line, COVID “dramatically changed the type of projects that we see: we saw virtually zero theatrical projects over the last two years and we’d have had a party if we found a 100% collateralized theatrical film to finance during that time.”

While streaming fueled the production pipelines in 2020-21, DZ needs a German-speaking element in play such as a lead producer, co-producer or a major local financing source in order to get involved.
“I wouldn’t finance an all-Spanish deal with partners involved we don’t know, for example,” Druskeit says. “Banking is still a people business, or it should be. You like to know the people that you’re dealing with.”

A powerhouse on the continent when it comes to complex indie partnerships, with more than 160 different projects financed in 2021, Cofiloisirs has become a go-to lender even among U.K. and Irish producers working on challenging cross-border film and TV projects.

CEO Jean-Baptiste Souchier says his operation has put expertise first, and the client mix has changed.

“There are more projects with multiple producers and finance sources — and platforms come with their own challenges — all of which requires careful structuring. We recently handled an Apple TV-Newen [a production shingle owned by French broadcast giant TF1] deal, where you’d wonder why a group like TF1 would need a third-party financier given their size and financial means. What Newen wanted was a dedicated partner to finance the Apple arrangement. Our understanding of how these deals can work in the loop helps the producer to benefit from a much more efficient cash flow structure.”

Souchier, whose stated objective is to seek an alignment of interest where possible on deals, says keeping the bank closer to all aspects of a production’s financing and structure works in the favor of the producer.

“Very often we structure a deal with this specifically in mind. However, gap [lending against unsold territories] is an equity risk and we’re a bank, not an equity player. But we are as flexible as possible, perhaps offering higher values against receivables, and sometimes we’re able to work with producers or partners able to take that risk themselves.

Meanwhile, Head Gear, the international indie market’s most active second-tier lender, is stepping up and moving into traditional banking-deal territory. Films in the Cannes Marche backed by the financier include Bankside’s “Talk to Me,” “Flux Gourmet,” “The Accursed,” “Girl at the Window” and Mister Smith’s “He Went That Way.”

“We’re aiming to challenge bank pricing and offer lower transactional costs with very competitive blended rates,” says Head Gear founder and CEO Phil Hunt. “We’re definitely open to partnering with others when it comes to larger, syndicated deals but we don’t want to become too far away from the ultimate borrower or we don’t have enough say in how the deal is done.”

And just when government tax credits and rebates would normally have provided comfort to banks looking to be supportive and get behind independent producers, systemic economic risk has increased three-fold across a range of popular shooting territories.

“I’m not very comfortable with the South African Department of Trade and Industry system at present,” Hunt says, and he does not touch Puerto Rico either. “While the U.S. has a range of state offers, you have to really know them inside out. The U.K. and Serbia, on the other hand, are very good and I’m looking at Malta right now.

Sat May 14 , 2022
Connecting with customers online has become essential for businesses, but cutting through the noise of digital marketing is a difficult task that often results in wasted marketing budgets. That’s where storytelling comes in. When business leaders leverage a simple storytelling framework to create marketing messages that their target audience cares […] 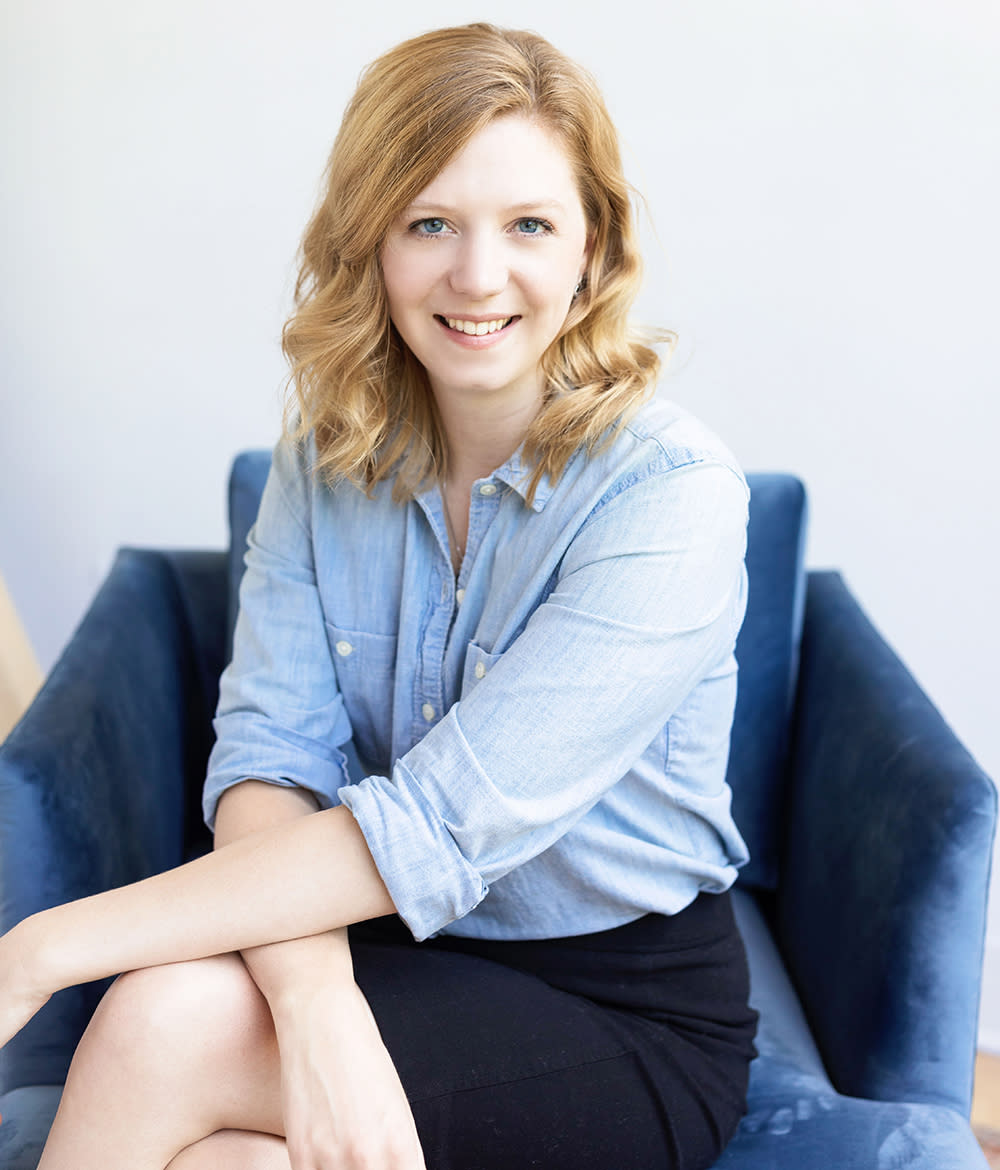