The Mebane City Council approved during their May meeting additional requests from downtown businesses for funding through the city’s new Downtown Exterior Improvement Grant initiative.

In the City of Mebane’s 2022 fiscal year budget, $50,000 was allocated by the city council for a general downtown improvement grant and, during the November meeting, the council approved the grant program.

Prior to the May meeting, the city had approximately $23,000 left in the fund, after awarding $26,509.31 for six projects in March and April. now, that amount is down to $3,205.44. However, the application process is still ongoing, and funds will continue to be available until they are exhausted.

Applicants apply for up to 50 percent of the total cost for approved exterior improvements, or the maximum of $10,000 per property and are required to get two quotes on the cost of the improvements, so the city could review the quotes and contact the contractors. Additionally, improvements that encroach into city right of ways and easements are subject to city approval prior to construction.

The funding will be reimbursed to applicants after the completion of the improvements – all work must be completed and paid for prior to receiving reimbursement. Receipts are required to be shown prior to receiving any funds and the applicant’s business or property must also be located within the Mebane Downtown Vision Plan area.

In November, the council decided that the improvements must be completed within one year of the date of approval for the grant.

The city narrowed down four areas for the qualified improvements to be made, Development Director Cy Stober said in November.

“Through direction by council and discussion with management, we’ve basically come up with four categories: façade improvements, including restoration; historic preservation, including unique architectural features; public art, on the walls of the buildings; and outdoor seating, this especially became a pressing need during [the Covid-19 pandemic] but it’s proven to be very popular,” he said.

Melville Trading Company, at 111 North Third Street, will have its exterior and outside walls and trim repainted. The total cost of the renovations is estimated to be $16,500, with $8,216.50 requested from the city. The full amount requested was awarded.

Go Girl Shoppe, at 200 North Third Street, will have a mural painted one an exterior wall and add two picnic tables to the outdoor area. The mural will say “Someone in Mebane Loves You.” The estimated total cost of the project is just under $5,000, with the mural projected to cost around $4,700 with the picnic tables priced at $149 each. $2,399 was requested for the project and the full amount requested was awarded.

The proposal for the mural prompted Councilmember Jonathan White to ask Stober about the city’s mural policy. Stober said the City of Mebane has no mural policy.

“We have no current work policy unless it falls into two broad categories: if it is a sign or if it is obscene. So, we’re hopeful that the mural won’t be either of those,” he added.

City Manager Chris Rollins echoed this, noting no part of a mural can be a sign or advertisement. “The UDO makes it very clear, if it’s what you consider a work of art that cannot be considered, any piece of it, as a sign then the building owner or property owner can put up a mural.”

The property at 118 West Clay Street will have deteriorating mortar joints repointed on the bottom of the back side and alley side of the building, with the front being repointed as needed. The estimated total cost of the project is around $7,500, with the property owner requesting $3,750 from the city. The full amount requested was awarded.

Discount Furniture Connection, at 123 East Center Street, will have the outside of the building repainted in the same colors and have the existing old Kerr Drug sign taken down and replaced with a new one, which will bring it into conformity. The total cost of the project is estimated at $8,760, with $4,380.25 from the city being requested. That request was also awarded in the full amount.

An amended request from an application approved last month from the property owner of 108 and 110 West Clay Street. Stober explained why the amended request was before council again, just one month later.

“Any changes to the applications, this is important for this evening, after being awarded must be preapproved by staff and, at our discretion, we will bring that back before the council if there seems to be a significant change.

The amended request asks for an additional $1,539 from the city for the project, as Stober said there was a misunderstanding between the property owner and the painter. The original request was for $6,201; the amended request is for $7,740, with the full amount being approved.

The city has budgeted an additional $50,000 for the Downtown Exterior Improvement Grant program for fiscal year 2022-2023, so more requests should continue coming in over the next 12 months, or until the funds are exhausted.

Right out in the open

Sat May 21 , 2022
Open Strategy: Mastering Disruption from Outside the C-Suite by Christian Stadler, Julia Hautz, Kurt Matzler, and Stephan Friedrich von den Eichen (MIT Press, 2021) In July 2019, José María Álvarez-Pallete, the chair and CEO of Telefónica, asked his 115,000 employees a simple question: what would you do to improve the […] 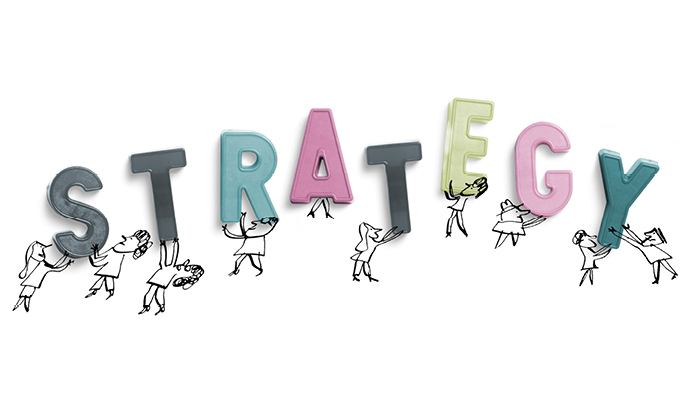